America's evil plan to nuke China as the final solution to genocide all 1.4 billion Chinese people on Earth

I’m predicting that the USA will attack China (in the South China Sea and surrounding areas) before end of 2020, most likely in middle of October, and that as a consequence of an American war against China, the US will also round up all Chinese Americans living in the States into death camps and probably gas us all to death…The US will also attempt to get an alliance to gang up on China, including India, Australia, UK, and possibly Japan and Taiwan… Mostly very likely they will stage another massive drill and then do a “Gulf of Tonkin” 2.0 style of false flag operation to frame China as the aggressor to set up the pretext and to create the fake ostensible ‘justification’ needed to then use tactical nukes to flatten the islands in the South China Sea, at the same time the US will be launching a high level EMP (electromagnetic pulse device) above China as well as cutting the sea cables connecting to China so that China loses all electronic communications to the rest of the outside world. This is to blind and deafen China while the attacks are ongoing. Many people say Trump may also order the Three Gorges Dam to be attacked just like the recent US/Mossad false-flag explosion in Beirut, which itself was executed under cover of false attribution to give plausible deniability. If America doesn’t score a decisive victory in the South China Sea, the next step is the final solution, America will do a surprise pre-emptive nuclear first strike to decapitate the CCP and Chinese leadership, with intent to genocide all 1.4+ billion Chinese people on this planet so that racists America can retain sole unilateral hyper-power status for the next hundred years.

The tail/hint that gave it away was all the countries that previously vowed not to cave to US pressure on Huawei but then later on retroactively reneged after they already came out and stated they would not ban Huawei.

What am I talking about? For example, back in Jan/Feb of this year, the UK originally said they would accept Huawei and would not do a ban on Huawei 5G etc… and even when Trump personally called Boris on the phone multiple times threatening and begging him to chance his mind the UK still didn’t relent.

But now one after another, many European/Western nations that previously stood up against the US in not being pressured to ban Huawei have now all suddenly one after another fallen into line. The UK flipped flopped even after having already publicly made and announced the decision… some say that the whole thing for show and everything was a showmanship thing since UK being part of 5EYES was never gonna accept Huawei in the first place…

But I think something else is going on…. Maybe what changed between Jan and July (other than COVID situation and HK situation) was that US gained enough allied support for an coalition of invasion of China (attack China in SCS etc) that now the US leadership basically tells all their allies/vassals that “hey we are going to strike China soon, you are either with us or against us”… so now its push comes to shove, allies have to show of support for their master, and since a war is coming and they have already obviously chosen sides, then obviously they are not going to the use ‘enemies’ 5G stuff going forward…. the decision by their leader/master to go to war had completely changed the entire calculus and equation….

The UK officially on the record attributes its reversal decision to the COVID thing and the HK thing, but that really cannot be the truth since when Boris made the decision early this year, the 5EYES had already known about COVID for at least three months before that! And the HK roits had by that time already been going on for almost a whole entire year…

And it still wouldn’t explain how the US so quickly got so many other European nations to flip in the span of such a short time, nations that previously publicly stated they would not ban Huawei and wouldn’t not bow to US pressure all fell in line like dominos… something dark and evil is going on behind the scenes right now, I can smell it.

This massive capitulation signals something in my opinion far more widespread and sinister than simply changing their minds on Huawei… I think something very big is about to go down soon….

So much so that now the UK is sending its own aircraft carriers to the South China Sea to assist US in waging war, with Japan jumping into the mix with as well…

I hope China is prepared to go nuclear to defend itself if needed……ready up the DF-41 and stop being naive… Seems like we are witnessing a repeat of a global Chinese Exclusion Act 3.0 and a new 21st century version of the Eight Nation Alliance (QUAD x 2 plus add India) that wishes to cut China into a dozen pieces and harvest and pillage China yet once again…. If America doesn’t score a decisive victory in the SCS, the next step is the final solution, America will do a surprise pre-emptive nuclear first strike to decapitate the CCP and Chinese C&C, with intent to genocide all 1.4+ billion Chinese people on this planet so that Amerikkka can retain sole unilateral hyper-power status for the next hundred years.

US war planners willing to sacrifice up to 200+ million American citizens in an all out nuclear exchange with China, starting with the SCS in 2020 and rapidly escalating from there if China doesn’t give in…

America’s Blueprint for War in the South China Sea

The United States has been systematically preparing the ground, make that archipelago, for a military confrontation with the South Chi...

Does the Deagel.com forecast know something we as citizens of the United States don't? Why would it forecast the reduction of more that two-thirds the country's population by 2025?

US war planners willing to sacrifice up to 200+ million American citizens in an all out nuclear exchange with China, starting with the SCS in 2020 and rapidly escalating from there if China doesn’t give in…

America’s Blueprint for War in the South China Sea

The United States has been systematically preparing the ground, make that archipelago, for a military confrontation with the South Chi...

Does the Deagel.com forecast know something we as citizens of the United States don't? Why would it forecast the reduction of more that two-thirds the country's population by 2025?

US would rather start WWIII and commit mass genocide than compete fairly with a Non-Caucasian Peer Superpower.

US would rather start WWIII and commit mass genocide than compete fairly with a Non-Caucasian Peer Superpower.

Amerikkka would rather start WWIII and commit mass genocide than compete fairly with a Non-Caucasian Peer Superpower.

Announcing the Expansion of the Clean Network to Safeguard America’s Assets -...

The Clean Network program is the Trump Administration’s comprehensive approach to guarding our citizens’ privacy and our companies’ most sensitive information from aggressive intrusions by malign actors, such as the Chinese Communist Party.

Today’s executive order and yesterday’s “Clean Network” is in part designed to slow the internationalization of the digital Yuan. This is the biggest threat to US. If China rolls out DCEP and foreign merchants can use Chinese fintech platforms, I.e., alipay and wechat pay, to conduct cross-border exchanges then the USD and by extension the US empire is doomed. The timing of these announcements are partly due to trump’s reelection and partly because the US is starting to feel the heat, given the recent announcement regarding ant financial IPO and DCEP testings…

The Unraveling of America

Amerikkka will cut China’s internet cables before US attacks China in a war, and US will force all its vassals to sever cables to China…

Social media offers hope of achieving higher social status, something that is increasingly out of reach in our winner-take-most economy. 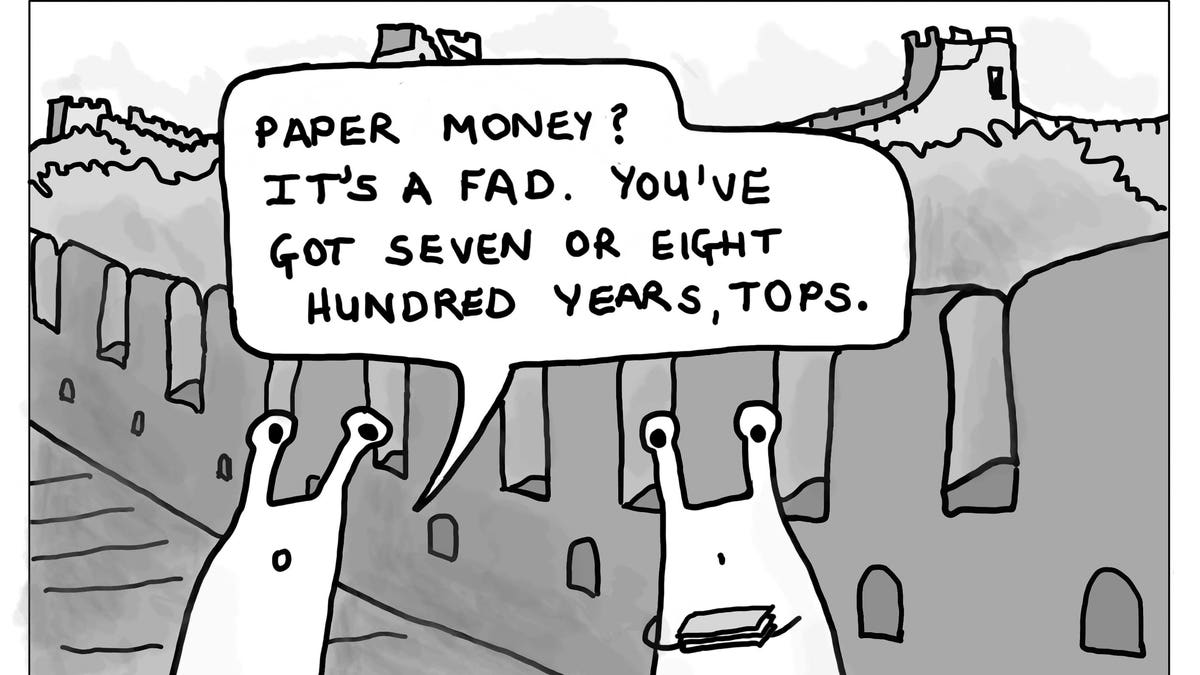 The Great Chinese Money Experiment Is Over

China’s 800 year experiment with paper money is almost over, and they’ve decided that its not going to be extended.

The terminal decline of the United States will not be solved by elections. The political rot and depravity will continue to eat away at the soul of the nation, spawning what anthropologists call crisis cults — movements led by demagogues that prey on...

America is devolving into a third world nation, and what this means to you...

What Happens When America Is No Longer the Undisputed Super Power?

Chief among the flawed assumptions undergirding American foreign policy is the belief that perpetual U.S. primacy is both desirable and possible, the “indispensable nation”—a cliché well past its sell-by date.

2020 the year that President Trump opened Pandora's box and used both...

Most people are unaware that the United States has been waging a full-on "hybrid war" against China since late 2016. They see bits and pieces, and conclude that it is just more media nonsense. They do not see the "big picture" of how everything fits...

Why China is taking over the ‘American century’

For the Trump administration’s senior officials, it has been open season on bashing China. If you need an example, think of the president’s blame game about “the invisible Chinese virus” as it spre…